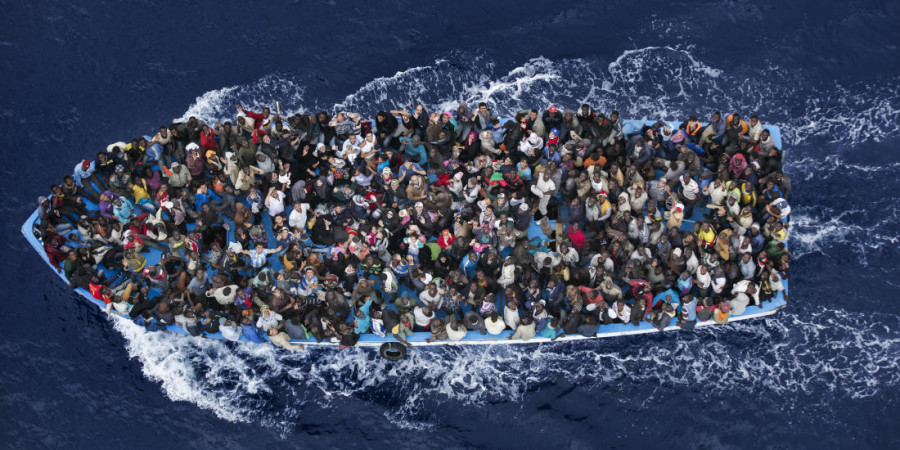 Polis Perspective 19/06/2015: ‘Time to adapt to the complex reality of migration’

Isadora Loreto: ‘Time to adapt to the complex reality of migration’

Polis Perspectives are weekly perspectives of our team on Polis-related topics. We also share our favourite articles and tweets. This week’s perspective is written by Isadora Loreto on Kristy Siegfried’s article “Refugee versus migrant: time for a new label?” IRIN, 15/6/2015.

In her article “Refugee versus migrant: time for a new label?” Kristy Siegfried raises an essential question in the current debate on immigration: is it time to have a “rethink of our terminology”? Is it time to have “a terminology (…) that takes account of secondary movement and mixed motivations while still ensuring that international protection is safeguarded”?

Since the beginning of the year, migrants are making the headlines of most newspapers while following the several shipwrecks in the Mediterranean Sea; European decision makers are holding several meetings to discuss a possible common solution to the problems posed by “illegal” migration. These past years, the Mediterranean Sea has become the most dangerous natural frontier, with almost 75% of migrants dying while trying to reach Europe.

As underlined by Kristy Siegfried, international law distinguishes economic migrants and refugees, which are people that “have to move to save their lives or preserve their freedom” according to the Geneva Convention of 1951. If it is understandable that states need some kind of criteria to determine who needs the refugee status and the protection that comes with it, it seems that the strict distinction between economic migrants and refugees does not reflect the complexity of the motives that push people to flee their country. “This kind of view ignores the very complex reasons for why people set out on these very dangerous journeys in the first place,” said Ruben Andersson, an anthropologist with the London School of Economics and author of “Illegality, Inc.”

Most migrants that reach Europe ask for the refugee status because it is the only way they have to be recognised as “legal migrants”. When the status is not granted to them because they do not meet the strict criteria of the Geneva Convention, they become illegal migrants. In other words they become people with no rights, no identity and no future. Since 2011, close to 80% of asylum seekers have seen their requests for refugee status be refused in Europe. The time to “rethink of our terminology” has come. Instead of relying on “the myth of clearly distinguishable categories”, developing tools that correspond to the complex reality of migration is crucial.


Till Bruckner: ‘From corruption research to effective anti-corruption action’, Devex, 15/6/2015

Secret aid worker: ‘It´s one standard for local staff and another for expats’, The Guardian, 16/6/2015

@cobbo3: Report on the next decade ignored Africa, but we tell you the next 10 things to watch for…

@BuildingMrkets: People no longer ask ‘Why should we invest in Africa?’ Now people ask ‘How do we invest and with whom?’ http://on.wsj.com/1Gqozfu #africarising 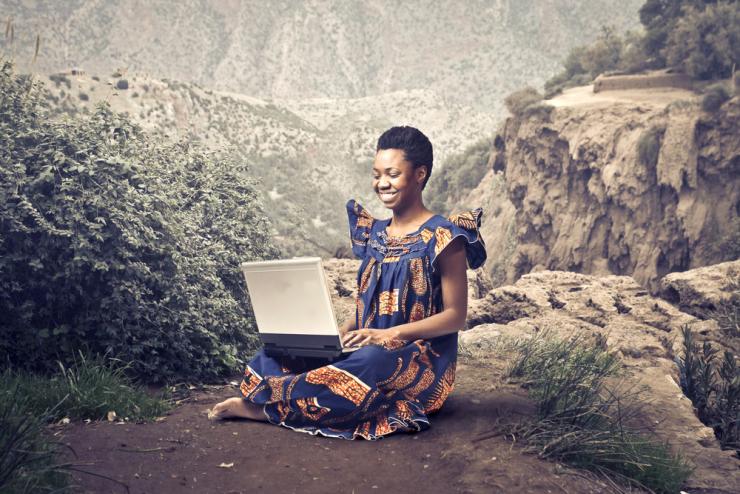 Stephanie Halksworth: ‘It´s time to put girls and women at the top of your agenda’

Polis Perspectives are weekly perspectives of our team on Polis-related topics. We also share our favourite articles and tweets. This week’s perspective is written by Stephanie Halksworth on Katja Iversen’s article ‘Dear G7, it’s time to put girls and women at the top of your agenda’ in The Guardian on 4/6/2015.

‘In times of crisis, women’s rights hang in the balance’ reports Katja Iversen in an article addressed ‘Dear G7, it’s time to put girls and women at the top of your agenda’. The Ebola outbreak served yet again as a disturbing revelation of the perils women face especially in times of crisis and instability. As gender-based violence and maternal deaths increased dramatically, the precarious nature of sexual and reproductive rights is all the more glaring. As Iversen highlights, even though G7 countries have had these issues on their agendas for a long time, there are still wider health gaps  between men and women in all the world’s regions than a decade ago.

Last year’s G7 Summit the health and rights of girls and women were prioritised as 21st and 40th out of 43 points. Too often women’s rights are considered to be separate from other development goals, and this perspective on gender issues is the crux of the matter. A strong and central position of women within development challenges is essential to achieve a whole range of stated goals. This important role of women in most underlying social dynamics means that without their influence and leadership a whole range of non-gender objectives tend to fail. This year’s G7 Summit has made a move in the right direction and has listed women’s economic empowerment as a top priority. Now governments must follow suit; prioritising the wellbeing and rights of women lead to healthy women and girls, which is fundamental for healthy, thriving communities.

@Ma3Route: Heart of Gold: Every day, this matatu crew picks up and drops passengers with disabilities via @timothy_kibe

@SaraPantuliano: “This is not about replacing western NGOs with southern NGOs. It’s about changing how we work”. Spot on, @DeganAli!

Polis Perspectives are weekly perspectives of our team on Polis-related topics. We also share our favorite articles and tweets. This week’s perspective is written by Thomas Kruiper on the article:  Adam Rein, ’Impact Investing and a 200 year old debate, SSIR, 29/05/2015

Last week Stanford Social Innovation Review discussed a debate within the 100% IMPACT Network about utilitarianism and impact investing, weighing the importance of intentions (echoing Immanuel Kant) against the importance of actual outcomes (echoing John Stuart Mill). Ideally impact funds do both, intentionally impacting society for good while also achieving a healthy return on investment. The reality is more complicated; finding assets that intentionally deliver true social impact and financial return are hard to find. In order to sieve out fake Samaritans and to promote utilitarian instruments, all sorts of standards and certifications have popped up.

At the Polis we also believe that a focus on outcomes over intentions can help shift the balance in favor of the true do-gooders. But those who take utilitarianism seriously also know that impact is always in the eye of the beholder; it depends on who you ask . As soon as impact cannot be measured in monetary terms, which is typically the case with social impact, claiming utility becomes a moral minefield. Social impact standards  seem to help by putting investors at easy, but they also kill the debate; they allow investors to engage in investments without actualy engaging themselves with local realities and asking themselves some fundamental questions: What is utility? How does one create the greatest happiness for the greatest numbers? And who gets to decide on what the correct answers are? Although standards are useful, These debates are essential and worth keeping alive.

@WhyDev: What do people outside the sector think about #aid? @Dani_Barrington keeps hearing some common misperceptions. http://www.whydev.org/development-work-the-myth-of-the-warm-fuzzies/ …

Polis Perspectives are weekly perspectives of our team on Polis-related topics. We also share our favorite articles and tweets. This week’s perspective is written by Joan Okitoi on the article: Alex Evans: ´Bill, Melinda, and the SDGs´, Global Dashboard 12/05/2015

Alex Evans’ post calling on the Gates Foundation and other foundations to clearly state their policy positions on the Sustainable Development Goals (SDGs) and the degree to which with their huge budget they influence NGOs in developing countries, raises an interesting point on ‘behind-the-scenes’ consultations for the goals. The SDGs are a continuation of efforts towards attainment of rights and human dignity (as per the Millennium Declaration) but Evan’s post is a stark reminder of the conflicting interests in choosing the goals for the global framework. While it is broadly accepted that the SDGs are not for states but for people, it seems the voices of the people for whom the goals are designed to benefit is not getting the attention it deserves. The Seed Institute and African Monitor in 2010 conducted a series of poverty hearings in Kenya, Liberia, Mozambique and South Africa. Out of the testimonies given, the locals made it clear they are not interested in charity but want to have the power to decide on issues affecting their lives. A more people-centered development narrative echoed by initiatives anchored on locally-led development is therefore more likely to deliver transformative changes.

Polis Perspectives are weekly perspectives of our team on Polis-related topics. We also share our favorite articles and tweets. This week´s perspective is written by Balder Hageraats on the article: Kemal Derviş: ´The Paradox of Identity Politics´, Brookings, 13/05/2015

With the forces of globalisation influencing local dynamics in virtually every place in the world, identity politics is becoming increasingly pervasive. In order to reassert people’s sense of self in the seeming chaos and grandiose scope of an interconnected planet, returning to an “us” versus “them” narrative is both an attractive and powerful tool. As people across regions are more intertwined and interdependent than ever before, we yearn for a more distinctive and even antagonistic identity. Within small groups we need to perceive unique characteristics and destinies not shared by those not invited to our localised party. Kemal Derviş of the Brookings Institution writes about this phenomenon and its political consequences. ”The problem with identity politics is that it places the ‘in’ group at odds with the perceived ‘other’”. Quite. By being brought closer together through technological and systemic changes, we are brought back in touch with our very human side which craves differences between each other. In order to know who we are, we need to know who we are not. In this way, globalisation makes it both more attractive and paradoxically harder to find true schisms within humanity, however much we hanker after such conflict. In the eternal words of Cavafy, “what’s going to happen to us without barbarians? They were, those people, a kind of solution“.

How else can implementation be done to accelerate locally led development? #BonnConference #differentdev #globaldev @owenbarder

Sign up & stay tuned for our upcoming eNews (June 2015) on our interview with Dr. Sirolli @sirollinstitute #AdaptDev