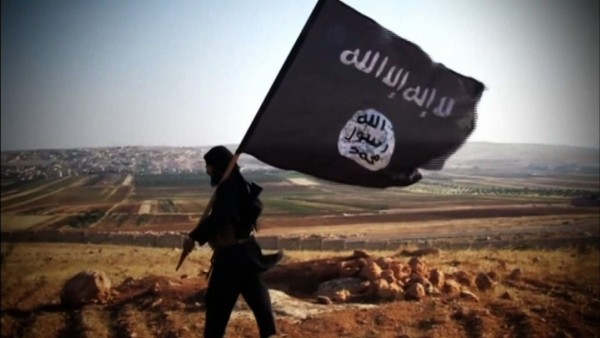 The current military campaign led by the United States (U.S.) against the Islamic State (IS) in Iraq and Syria is not having the expected outcomes: the organisation is neither beaten nor destroyed nor eliminated. Measures taken by the governments involved are practical short-term answers to the pressing threat posed by IS. They are not part of a planned long-term strategy, although they will have consequences in the region for years to come. Only if the western coalition shifts its focus on local realities and develops a comprehensive strategy can it attain its objectives in the region.

History is repeating itself. Lessons from past interventions in Iraq, Afghanistan or Pakistan are not learned.  Western governments keep on addressing terrorist groups without a comprehensive approach which includes a real understanding of the complexity of the situation on the ground. Rather than approach the issue strategically, the West has once again gone for the “war against terror” narrative. Both in Iraq and in Syria, it has introduced a subjective hierarchy of the different actors at stake and provided political backing and military support to whoever happened to be in the right place at the right time. It is conducting unsuccessful “high value targeting” in both countries, further militarising a fragmented landscape of Kurdish factions and at the same endorsing the rise of pro-Iranian-backed Shia militias working closely with the Iraqi Security Forces. The western coalition’s measures are also intensifying the Syrian conflict by striking terrorist targets and rehabilitating the Assad regime without a long-term vision.

Typically, agendas are set at the highest level and interventions are planned without taking into account local realities. Too little effort has been made to comprehend why IS has grown so rapidly, how come it took major Iraqi cities while facing so little resistance and why it is proving to be so difficult to dislodge. Understanding the complex roots of the terrorist group and engaging with local actors to support them in creating the conditions that will diminish IS does not seem to be a top priority for policy-makers. Various reports and strategies- most recently the Confronting the Islamic State from The National Security Network- have been developed on how to improve the approach of the U.S. towards the Islamic State. But the Obama Administration seems to want to continue with its “Counter terrorism Plus” approach based on plans to degrade and defeat IS. This end is sought by employing U.S.-trained and supported local forces in Iraq and Syria, augmented by U.S. airstrikes and Special Operations Forces. Once again, it is evidence that relations, image management and short-term answers increasingly dominate the decision-making process. Shocking events prompt an urgent need to make public statements, which later inspire and restrict concrete measures that need to fit into the “war against terror” narrative rather than into a clear strategy. Just like air strikes, decisions seem to come from above and lack connections to local realities and challenges.

The issue is highly complex with different actors having interests at stake and there are no easy solutions. As a result to the geopolitical and security challenge the Islamic State poses, regional powers have readjusted their policies and relations with each other. Damascus and Baghdad are not the only ones that need to deal with IS; other regional key players – Turkey, Iran and Saudi Arabia chief among them – have recalculated their positions as well. There is no quick fix to the problem of IS in Iraq nor in Syria, particularly given the real changes on the ground over the past few years and the involvement of the different regional powers. Western governments can at least clarify their intentions and see through what they can accomplish. But more importantly, they can provide support to local actors who are willing to make the political, structural and social changes necessary to turn on the organisation. Local players often have the power to find their own solutions to conflict and to build their own future, hence supporting them does not imply the meddling of Western states into internal affairs. It is easy to forget that only decade ago meddling caused the chaos the country faces today.

In Iraq, local actors are working to build the political and social conditions which will enable them to durably fight IS. There is a need to identify trustworthy Sunni leaders who are capable of uniting their people against IS. Local people might be indeed more inclined to join IS if they see inactivity from local leaders. This policy implies that Baghdad will need to accept some local leaders who served in the Iraqi army under Saddam Hussein. Other potential Sunni allies will include clerics and political activists who are conservative but do not support IS’ ideology. In order to succeed, the proposal to enrol Sunnis must incorporate assurances from Baghdad that the human rights abuses of the Maliki era will not rehash under the current Abadi government. Furthermore, the government needs to reassert state authority, for example with respect to re-establishing local police in areas it regains from the Islamic State. This mitigates the risk that the territories fall this time within the Shia militias control. Ultimately, the success of rebuilding trust among communities and restoring the state’s stability will lay on whether the Iraqi Sunni leaders in Anbar and nearby provinces perceive Baghdad as ready to act independently from Tehran. Iraqi Sunni leaders may tolerate IS if it is considered as the lesser evil compared to a government that is seen as a manikin of Tehran and if the Iraqi Security Forces is viewed as directly connected to Iranian-backed Shia militias. The only thing the coalition can do is supporting the different local actors which participate in putting into practice those essential measures.

In Syria, with the lack of a united Syrian opposition to fight IS on the one hand, and a real strategy by the U.S. led coalition to eliminate the organisation on the other, people living under IS control cannot rebel against the organisation because they do not have the means to do so neither a real alternative to go for. This is to the advantage of IS which has created a fake sense of justice and stability. The more time passes, the more the organisation is filling the vacuum left in the areas it controls, and the more difficult it becomes to dislodge it. Only small groups of local people actually support IS. Most of them, however, are opposed to the coalition air raids. People do not have a choice at the moment, they are stuck between the regime, IS, and airstrikes by the coalition: a clear plan to provide people with a socio-political alternative is necessary.

Only if a comprehensive strategy includes a socio-political approach inclusive of local realities and attentive to the human dimension of the conflict, can the U.S. led coalition claim to participate in fighting IS in Iraq and Syria. The insanity of repeating failed history cannot be permitted to continue any longer. This implies abandoning the current airstrikes over IS territories and focus on providing support to local actors who are working towards a way to win over the population with a future they can believe in; a future that inspires them to resist IS.