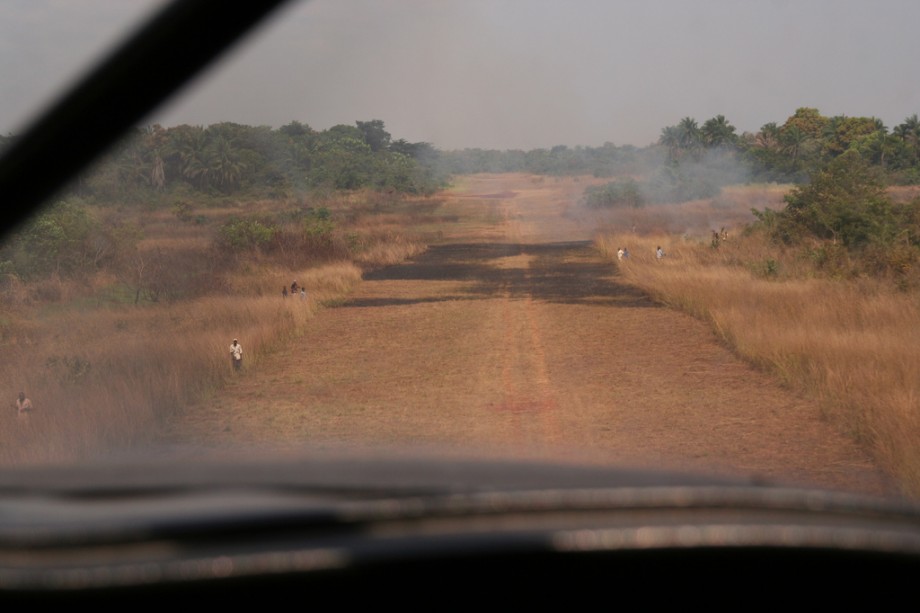 We live in turbulent times, where new crises hit anytime and anywhere,” said Christos Stylianides, the European commissioner for humanitarian aid and crisis management. “But our attention must not shift from ongoing humanitarian crises such as this one. The people of the Central African Republic (CAR) continue to need our help to survive and rebuild their lives.” According to the UN refugee agency, UNHCR, 2.7 million people are in need of aid in CAR, 436,000 are internally displaced, while more than 460,000 people are living as refugees in neighbouring countries. The humanitarian community has received only about a fifth of the total funds required for the UN strategic response plan. On Tuesday 26 May, the European Union announced a new assistance package for CAR worth €72m following the call by interim President Catherine Samba-Panza urging European countries to help CAR to return to democracy by the end of the year. “CAR lacks a lot of money” she said, which is needed to re-establish security and long lasting peace and to organise elections. She added that CAR “cannot go to the polls without having security in the country”. All of this typifies a reaction from the international community that is too little, too late and possibly even counterproductive.

As is all too common in the case of sub-Saharan conflicts, the upheaval in CAR has been accompanied by headlines describing it as a “forgotten humanitarian crisis” and “ignored emergencies“. These types of phrases are not all that hyperbolic, with the wider world only showing moderate interest at best. What is even more “forgotten” and “ignored”, however, are underlying local dynamics before and after such crises hit their peak. The current meek reaction of the international community- with peacekeeping intervention and diplomatic pressure- is still an improvement on the status quo. Engaging local communities during those times that no imminent crisis looms, engaging local communities would go a long way in avoiding humanitarian crises in the first place, but those are hardly ever priorities. Unfortunately, without humanitarian victims, interests in long-term dynamics tend to be deep down on the agenda. As a result, international information and knowledge on grassroots realities on a country such as CAR are minimal. When a crisis then forces a reaction, national governments and other parties that can hardly be considered neutral and constructive counterparts are the only partners the international community focuses on. The result is insufficient and ineffective action. CAR is a clear example of this lack of local connections.

The international community has always had this tendency to react to conflicts, rather than help preventing them in the first place. This has direct consequences during the crisis itself. Without a network and local engagement mechanisms in place, the reaction of outsiders is almost completely dependent on their direct and centralised counterparts: government officials, rebel groups and large scale actors. They are the primary source of information, and the go-to actors for understanding the underlying problems. The true social and economic factors- only clearly understood at a local level- are unknown to, or simply ignored by, a reactive international community. As a result, any solutions brought forward from the outside tends to be a patch to stem the bleeding, rather than a constructive contribution to long-term stability and wellbeing. And thus the cycle continues in perpetuity: ignored local and national problems fester; crisis hits, political and humanitarian reaction from the international community; underlying local realities and causes are ignored; most visible problems are hastily dealt with; international community withdraws; local and national problems continue.

In these situations, the fact that central counterparts are the only negotiating partners as well as sources of information is a major obstacle for an international community not knowledgeable on the very issues they pretend to solve. With very few attempts at talking to people at a grassroots level, any action taken is biased towards those responsible for the crisis in the first place. Since the beginning of the conflict in 2013, the privileged interlocutors of the international community have been the transitional government and the main opposing armed groups (the Séléka and anti-balaka). Due to their role in the conflict these actors were given a monopolistic space within the negotiating sphere. Given that these parties are both responsible for any violence as well as using it to their advantage- as is the case in any of these conflicts- not involving and representing grassroots actors means dealing with the rotten surface, rather than finding true answers. Without representation from the wider population it is hard to believe there is a real support for reconciliation and national cohesion. Finally, this month, the CAR took an important step toward fostering national cohesion through its Bangui Forum on National Reconciliation. The Bangui Forum brought together nearly 700 leaders from diverse groups within the CAR’s society—including the transitional government, national political parties, the main opposing armed groups, the private sector, civil society, traditional chiefs, and religious groups—to define their collective vision for the country’s future. Although peace and national reconciliation have not been achieved yet, the conclusions of the forum seem to mark the beginning of a new chapter for CAR.

A good example of how, from the beginning of the conflict, the international community’s interests were to stabilise the conflict and avoid bloodshed while undervaluing the importance of local realities and its complexity, is the deployment of the peacekeeping operation MINUSCA (the United Nations Multidimensional Integrated Stabilization Mission in the Central African Republic). The United Nations Security Council (UNSC) established it by its resolution 2149 of 10 April 2014 with the mandate to protect Central African Republic civilians. If the reasons that pushed the UNSC to create the MINUSCA are understandable with regards to the violence of the conflict, it is by no means a long-term solution. Then again, the language used suggested that MINUSCA was a profound solution to the problems faced by the country. The text includes indeed the full “peacekeeping package” with sentences such as “to assist the Transitional Authorities in mediation and reconciliation processes at both the national and local levels (…)” and “to provide good offices and political support for the efforts to address root causes of the conflict and establish lasting peace and security in the CAR”. Without any deeper understanding of what those root causes were, these phrases were fanciful at best, and disingenuous at worst. Sub-Sahara African history is littered with all too many similar cases of pretension trumping reality.

More than a year after the establishment of the MINUSCA, the expected impact of the peacekeeping operation is still uncertain. The mandate of the operation is too ambitious and does not correspond to the complexity of the field. In most places in the Central African Republic, reconciliation has started between the different communities but it stays fragile. The country is still working to end the cycles of violence and reunite its people. 436,000 people are internally displaced and most cannot go back to their hometown because they fear the re-eruption of violence. On top of that, the peacekeepers’ first mission is to protect civilians, but the latest scandal about the UN covering up the sexual assault of children by French troops raises the question of trust. The success of peacekeeping operations depends on creating a bond of trust with local populations. What kind of message does an institution that covers up sexual assault on minors send to vulnerable populations? They may stop other types of violence in the short run, but the long-term outcomes may be to exacerbate the very human insecurity that leads to conflict. The unholy mix of an unrealistic mandate, absence of long-term solutions and a lack of trust by local populations is the ideal cocktail for ineffective and counterproductive outcomes.

Sadly, CAR is an all too typical example of an international community uninterested in- and therefore out of touch with- local realities in sub-Saharan Africa. Lingering conflicts that require long-term international approaches based on local networks are instead ignored until a humanitarian crisis can no longer be avoided. Reacting to the symptoms rather than the causes means a perpetual cycle of violence in which the international community is at risk of being a perpetuating influence by strengthening centralised and warmongering actors, rather than representing those suffering the consequences. Greater investment in grassroots networks and development of local human security before conflicts escalate is essential for sustainable social development. That is where the international community’s priorities need to be, rather than using the military to bring only temporary short-lived peace.

This article was written by Isadora Loreto and Balder Hageraats.