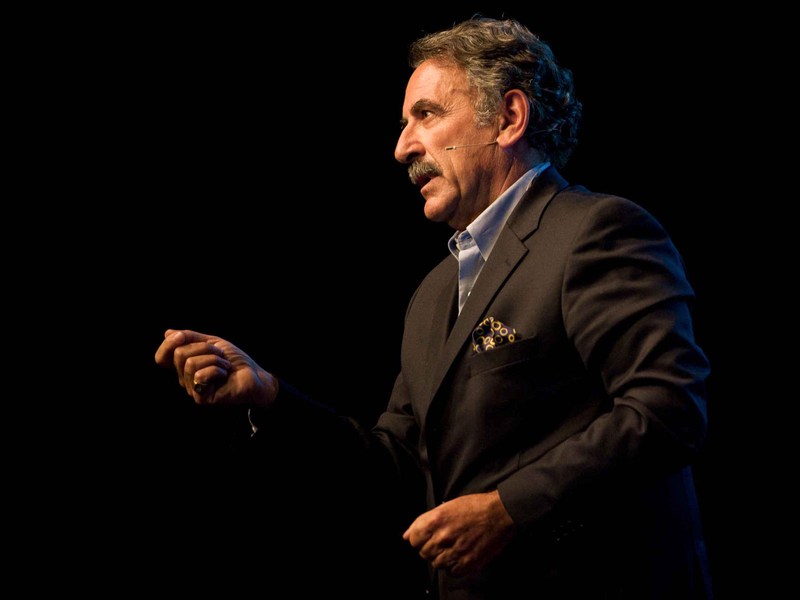 This month´s focus is on Enterprise Facilitation, a person-centred approach to community and economic development, developed by the Sirolli Institute. Since 1985, Enterprise Facilitation has provided a mechanism for mobilising community leadership and community revitalisation around the world. This article is based on a conversation between Dr. Ernesto Sirolli, the founder and director of the Sirolli Institute, currently based in California, and Thomas Kruiper, Head of Communications at ReSeT’s Polis Project.

Having worked for several NGOs in different sub-Saharan countries in the 1970s, Ernesto Sirolli knows all too well what the relationships between donors, NGOs, and local recipients of development aid look like. In his view, many development actors from industrialised countries believe wholeheartedly that they know precisely how to help and that they have all the right solutions for their aid-recipients. “They believe that if it wasn´t for the attitudes of local aid-recipients and the corruption of African policy makers, they would have already turned Africa into a Garden of Eden”. According to Sirolli, this misconstrued relationship between North and South has done a lot of harm in creating dependency and distorting local incentives for participating in development cooperation projects.

How different is Sirolli´s own philosophy? The Enterprise Facilitation method that he pioneered in 1985 is based on the idea that people that do not want to be helped should be left alone. His Enterprise Facilitators work with community-based boards to provide free, confidential business management and networking advice to aspiring entrepreneurs and existing businesses. Sirolli: “The only way in which you can truly help people is if they come to you to. And entrepreneurs will only come if you can guarantee confidentiality and if you take their initiatives seriously. The key is simply to shut up and listen.” Enterprise Facilitators thus focus on working only with people that have the intrinsic motivation to learn.

The Enterprise Facilitation method is the result of many years of experience and many mistakes that Sirolli made developing the method as a young man in Esperance, Western Australia. “The first time I made a connection, it turned out that my client never paid the supplier and that he had bankrupted twice before in the past, so I blew my contacts and my credibility. So we are incredibly careful before putting our clients in touch.” Now Enterprise Facilitators in over 300 communities worldwide make sure that the entrepreneurs they coach have the product, the marketing skills, and the financial skills before jumping into the deep. “And since no-one has ever been able to master all three skills by him or herself, we focus on forming teams of people with different skills. So rather than teaching entrepreneurs a skill they don´t like and will never do well, we connect them with people that can make their business stronger, because nobody can do it alone.”

Currently, most Enterprise Facilitators are based in rural and disconnected communities in industrialised countries, but Sirolli sees huge potential for his method and similar methods in the developing world too. In the Democratic Republic of Congo, an Enterprise Facilitator is working with entrepreneurs who belong to a local Methodist church in Katanga. Before agreeing to install the Enterprise Facilitator- who is also a local- Sirolli told the bishop leading the community that he would not do it unless the people in the community invited them,“…because otherwise we would yet again be missionaries”. So the bishop went back to the church and said: “If you want an Enterprise Facilitator in this community, you have to write Sirolli first”. He received 89 letters, and over the past two years, 187 new businesses were started, employing more than 750 people.

In the development sector, fortunately there is a growing amount of actors who recognise that NGOs should listen more and talk less. Local voices are increasingly included and local partners nowadays tend to get a slice of the pie when it comes to project implementation. But that does not mean that they are willing to give up their centre-stage position, because development workers also tend to have mixed incentives. “Many NGOs are so interested in raising money that they become great at telling beautiful stories about how they represent local communities and about how they will spend the money on fancy projects. But the fact is that they don´t represent these communities; they were never invited in the first place.”

Enterprise Facilitators thus only enter communities when invited, and only respond when they are asked for help. Their salaries reflect local standards and are typically paid for by local governments or external sponsors. “How different is that from your typical development cooperation project? Just try to get an NGO that is used to getting millions of dollars per year to implement their projects to switch to a system in which a local representative costs maximally 5000 USD per year.”

The Sirolli Institute is currently based in over 300 communities worldwide and aims to mainstream the Enterprise Facilitation method, both in developed and developing countries. His TED-talk “Want to Help Someone? Shut up and Listen!” has been shared over 2 million times.