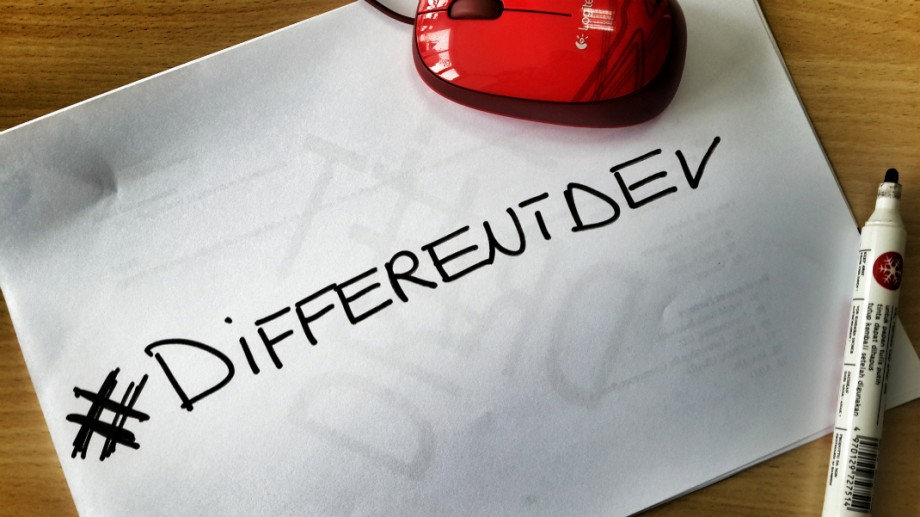 This month we focus on Doing Development Differently (DDD), a community of development researchers and practitioners brought together in an effort to understand better flexible and locally led approaches to governance issues in developing countries. This article is based on separate conversations led by Thomas Kruiper, Head of Communications at the ReSeT´s Polis Project, with Matt Andrews at Harvard´s Center for International Development (CID) and Leni Wild at the Overseas Development Institute (ODI) in London, who were instrumental in leading a 2014 DDD workshop and creating a DDD manifesto. Andrews´ research focuses on Problem Driven Iterative Adaptation (PDIA) in governance and policy reform. Wild is an expert on political economy and service delivery, accountability and aid, and currently leads an ODI program on the politics of service delivery.

Having worked on governance and service delivery in a wide variety of countries for many years, Andrews and Wild know the traits of traditional development thinking. Andrews´ interest in PDIA was born from his observations from working in governance, both as a researcher and as an outsider from the World Bank, in which many reform initiatives fail to deliver sustained improvements because organisations and governments focus on what policies look like rather than what they actually do. Andrews: “You see laws being passed and money being moved for a health project, but you don´t see actual nurses being hired or drugs being moved into place.”

In traditional development, solutions tend to be placed before the problems. Wild: “A lot of aid programs still tend to come in with a set of solutions and look for local groups to implement them, rather than coming in to identify who are the local reformers, who is making change happen, and how can they be supported”. Fortunately there is a growing community of people who try new things and share their experiences.

The people and organisations within the DDD community turn upside-down two things: they put problems before solutions, and they put local actors before outsiders. In Wild´s view, fundamentally, successful development cooperation facilitates and supports the process of a project rather than managing or dominating it. Locally led means that those people who are already there lead the project; they are in the driving seat. They identify and address problems, and they have the strongest incentives to solve them. Outsiders can be invited to give their views and share information.

The term ´local´ should be widely interpreted. Wild: “It works at the grass-roots level, but also at central governments or in the private sector. We often tend to think of locals as community leaders but it´s much wider than that.”

This diversity was reflected in the workshop too. Andrews: “All these people have framed their agendas so as to empower people rather than telling people what to do. They´ve been doing that for a long period of time. The workshop wasn´t about getting them together and saying to them that they had to do DDD, because they were the ones that are doing it.”

The DDD community also serves as a teaching tool in showing practitioners what successful development cooperation looks like, but also how to actually do it. The fifty or so public servants that take Andrews´ course at Harvard are stimulated to engage with the organisations in the DDD community and to watch the videos they post online about their methodologies.

Problem driven, locally led, and flexible strategies are not new by any means. In policymaking and development studies, voices have long preached for community driven work and against top-down approaches and blueprints. Andrews: “My sense is that when those ideas (of Hirschmann and Brinkerhoff) were coming up they were completely overwhelmed by what I would call the more engineering mindset in development, where people thought that you build governments like you build a road. For a long period development was dominated by either engineers or by very mathematics based economists.”

Today the circumstances to get like-mind souls together are easier.  Andrews: “One of the things that we are trying to take advantage of, and why we had the workshop last year, and why we developed a manifesto, is that there is more connectivity between people.  And our hypothesis is actually that there´s more people doing development in this way than we commonly would think about.”

Connectivity also seems to be a key to success for local actors and their projects. As Wild explained on the connectedness of a local actor in a community scorecard program in Malawi: “He understood the dynamics happening at different levels and in different areas; he was able to appraised things at the local level and say: in this community, we don’t have the right people on the ground to do what we are going to do, so we need to stop working there or we have to find a different way of working”. Putting well connected actors in the driving seat is thus essential for success.

For locally led and flexible approaches to gain ground, donors have to be brought aboard too. Some donors try to lock things in at the beginning and to remove flexibility later on. Andrews: “So during and after the workshop we spent a lot of time talking about: how do you buy that flexibility later on. How do you use things like logical frameworks in more flexible ways? I think that you can use exactly the same tools, just in more flexible ways.”

Andrews does not recognise the dichotomy between inflexible donors on one side and governments and NGOs on the other. Across the board, organisations struggle to create space for more flexibility, not only on the donor side.

One of these struggles has to deal with measuring success in ways that help us understand how people learn, rather than simply looking at meaningless milestones. Wild: “Often people are stuck with a particular set of project and reporting frameworks, so all of the things they are doing that are actually making a difference – the way they are adapting, learning, or navigating local relationships – don´t get reported on. We need some kind of benchmarks to know what a genuinely locally led process looks like.”

In Andrew´s view, many policy makers underestimate the difficulty of planning in developmental environments. In a controlled and developed environment, planning a project is relatively easy; you know your objectives and you know how to fulfill and measure them. DDD practitioners know that the reality looks different: “The problem is that if development looks like going from St. Louis to the west coast in 1803, it´s a different strategy. You don´t have any roads, you don´t know where the west coast is, and you don´t know where your milestones are going to be. And if you were to lay a 2013 map onto a team and say: “Go to Albuquerque”, they would say “where´s Albuquerque?” And then on the first day, they would find out that the road to Albuquerque doesn´t exist. So you want them to be learning step by step how to get to the west-coast. So you want to be saying: “OK, when you said you were going to get to Albuquerque, what were the assumptions that you made, and what did you learn about your assumptions? What step did you take? What capacities did you build as you were moving on?” Those things are as important (or maybe more important) than the question: Did you spend the money?”

2015 is an interesting year for the development sector, in which the world awaits a new set of global commitments. Although the CID and ODI by no means have a political agenda related to the post-2015 Millennium Development Goals, the DDD community does realise that ideas need to be cultivated, marketed, and taught. Each organisation has to look at itself and contribute to change in its own way. The website and the manifesto just help facilitate it. Wild: “We don´t want to be sitting here in 2030 or 2040 saying: Don’t we need to do things differently?”

The manifesto currently has a community of over 400 signatories from 60 countries, with more organisations (Including ReSeT and its Polis Project) joining every week. Besides people meeting in small groups, the CID and ODI frequently organise events and publish research on DDD approaches to development cooperation. The recently published DDD website also includes a blog, forum, and videos of organisations in the community. Additionally, ODI has just launched a report called Adapting Development, which picks up on many of the themes discussed in the interview.