MDGs, SDGs and the road to change: An outlook for sustainable development 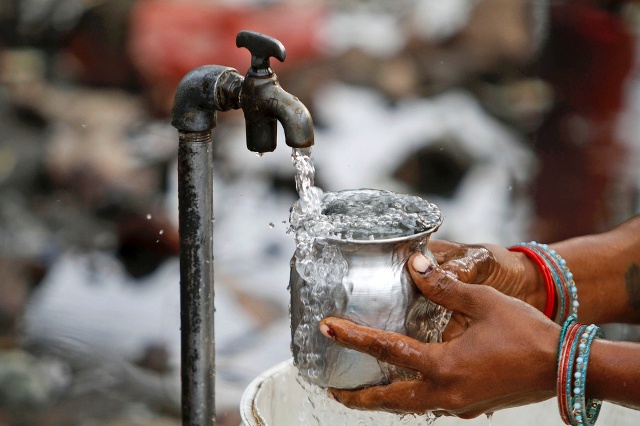 Fourteen years into the 21st century global poverty and underdevelopment remain a crucial problem for millions of humans. At the turn of the millennium, the United Nations (UN) and other international organisations rallied to announce the Millennium Development Goals (MDG), setting the path to change the livelihoods of those living in poverty by 2015. The goals ranged from reducing global poverty by half, to providing universal primary education to everyone as well as halting the spread of diseases such as HIV/AIDS or malaria. As ambitious and idealistic as the goals were, as detached they were from reality in their method and procedure. Instead of focusing on the people on the ground, including them in the process and ensuring that the goals were feasible, the stakeholders rushed to spread the news of change with bold statements and glorious outlooks to the near future. As a result today – one year before the MDG agenda expires – the outcomes are far from complete. While some significant results have been achieved, such as the reduction of global poverty and improvement of health standards, other goals require more effort and dedication.

Today, not enough attention is given to the structural failures of the MDG design, which was built on donor interests rather than developing countries’ needs. Instead, currently the same stakeholders who designed the MDG agenda are feeding a heated debate about the post-2015 framework including the development of the Sustainable Development Goals (SDGs). Without taking the time to understand the underlying misconceptions about global development and the need for the inclusion of local actors, the coming agenda is bound to fail.

The flawed design of cooperation

The MDGs were crafted on a very short notice in the late 1990s. At the turn of the century, international organisations and donor governments decided to use the momentum of turning millennia and organise for long-lasting change. In only fifteen years the decision-makers sought to – amongst others – eradicate absolute poverty (humans living on less than 1$ per day) and significantly reduce child and mother mortality. The process resulting in the proclaimed eight MDGs with 18 targets and 48 indicators has been described as top-down, westernised and incognizant of voices from developing countries. The main criticisms are that the UN, which as an institution in itself is dominated by western nations, who also are the main donors in development cooperation, has driven the MDG process. Furthermore, the supporting institutions as the International Monetary Fund (IMF) or the World Bank pressured participating nations to follow a development agenda suiting western interests and hegemonic structures. While serving western interests little space and attention was left to incorporate the needs of local people or developing nations. Even more severe was the disregard of national circumstances such as historical burdens, environmental dangers as well as vulnerability due to other causes. Thus it does not come as a surprise that in many developing countries no coherent MDG processes were incorporated resulting in poor outcomes of the MDG agenda.

In the past efforts to support local people have been made on various levels. The execution lacked the transfer of project ownership to the people. Donors held on to their own agendas without allowing for genuine local lead. As a consequence sustainable local development did not become a widespread movement because donors failed to give adequate solutions to the causes of underdevelopment. Therefore local people remain dependent on donors.

Western donors are having difficulty knowing about local needs because they are not measurable and difficult to advertise. It is not in the donor’s and global institutions’ interest to support individuals in developing countries and transfer them the power to change. Furthermore, developing countries do not enter negotiations on an equal level, marked from the long history of skewed cooperation mechanisms. On top of that regional, cultural and historical differences frame development cooperation today as much as they did throughout its past. As a result countries that have received development assistance over a long time carry the burden of previous agreements and are heavily indebted towards donors. This hinders current negotiations from being unbiased and fair. Also, two structural flaws are apparent: Local people are not included into national development plans and national governments have trouble being accountable actors to their electorate while having to following donors’ agendas. Caused by this discrepancy, today’s development cooperation is biased towards the donor, following their lead rather than strong governments’ from developing countries representing their people’s needs.

With the MDG period drawing to a close at the end of 2015, a new agenda is currently drafted. At the heart of the post-2015 agenda are the Sustainable Development Goals (SDG), which have been designed since the early 2010s and will replace the MDGs. At the core of the SDG is the aim to focus on environmental problems and combine the quest against poverty with measures against climate change. By the time of implementation, the SDGs will consist of similar targets and indicators, in essence continuing the legacy of the MDGs. Similar to the MDGs; the SDGs are being drafted throughout a series of High-Level meetings involving stakeholders from multiple counties. Actors from the south raise their voices claiming the right to be involved in the drafting process, especially in the light of the failures within the previous MDG process.

Observing how the global community develops and implements abovementioned frameworks underlines inherent problems. Global indicators with measurable outputs and outcomes are far detached from the individual human living in a developing country. Certainly the ideal scenario expected within the MDG/SDG framework would entail a trickle-down implementation where national leaders develop strategies that work within the MDG’s vision and support individuals. However, little action has been observed.

The essential question is whether national governments are willing and equipped to support local change and development, but also – whether they should. Developing countries as aid-recipients and shapers of their own national future need to be heard when global policies are crafted. Western leadership and proactivity aiming at sustainable change can only be successful when interacting with developing countries in a serious and unbiased manner. Otherwise development cooperation becomes a farce disguising western interests without truly devoting itself to alleviating developing countries. Such policy includes the establishment of feasible implementation plans at regional and country-level as well as a move away from geostrategic interests and prioritisation aligned to trade interests.

Simultaneously, local people need to be included in national plans. More recognition of local efforts through governmental support and global development plans would have aided the quest of the MDGs and resulted in better outcomes. The power of local change and its triggering effect at regional or even national levels may not be underestimated. On the contrary, global development plans using the inspiration and force of local people are most likely to incur significant change. Local people know what they are missing and a capable of assessing previous failures. The power of local change can transform the development sector if used accordingly. Together with national governments – acting as the middleman between donors and individuals – those stakeholders are the key to sustainable change. The interplay between local, regional, national and global level must become more coherent and focused.

Advancing human development, changing people’s livelihoods and increasing their resilience is most effective if it is an effort sought after by the people themselves. Individual people and local communities know best what they need and where their weaknesses are. Therefore, they ought to be consulted for the design of development agendas. Those agendas need to be adapted to local specifications and supported by the administration. In that case, instead of following global agendas, national governments will request global money for local solutions. If local people became the leaders of their own development they would make choices that they deem most suitable, and support the necessary efforts to develop sustainably.

Therefore, developing nations taking the center stage of the current post-2015 process and raising their voice will have the power to change their futures. Governments as true representatives of their people advocating for their needs, will turn the SDG process towards becoming inclusive and local-led, and thus more effective. Developing countries must use the momentum – the creation of a post-2015 agenda – and turn it into a southern momentum. A success of the MDG process was the placement of development efforts on the global agenda. For the first time global development actors decided to cooperate in order to solve global poverty together. As flawed as the MDG process may have been, as useful it was to tie development efforts together. Now, in the second stage of global development, developing countries need to enter the drafting process with clear cut requirements that will help the nations to advance as well as incorporate the needs and ambitions of individuals in order to make development the process it should had always been: a unified effort between individuals, groups and their representatives.

The Future of Offical Development Assistance

Joanna Klever is a core team member at ReSeT. She specializes in public policy, governance and international cooperation.