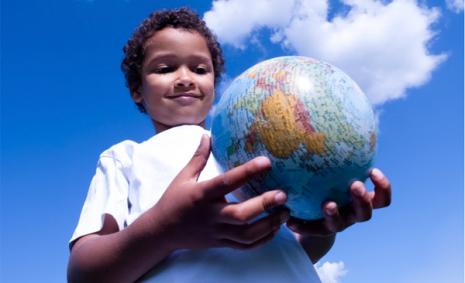 On my flight to Nairobi, Kenya in March this year, I sat next to Lydia, a director of a subsidised maternal health centre in the outskirts of Nairobi. I was itching to find out if the waiver of maternity fees in all public hospitals in Kenya as declared by president Uhuru Kenyatta two years ago, was making a difference as far reducing maternal deaths is concerned (Millennium Development Goal (MDG) no.5 – improve maternal health care). Lydia spoke of the doubts that many Kenyan women continue to have about the quality of maternal health care in public hospitals now that it has been made free. When I asked her whether there was awareness on MDG no.5 among the health professionals she has interacted with, she mentioned the health goals are not known by many local health workers and are usually first encountered when seeking for funding from international foundations and thus perceived as donor-driven. She pointed out that the health goals amongst others needed to be better communicated and ‘localised’ with incentives for them to be achieved.

The Sustainable Development Goals (SDGs) akin to MDGs, are discussed and agreed upon between United Nations, international organisations and country representatives. However their successful uptake and implementation depend on the involvement of ordinary local people who are not always aware of the objectives nor included in the decision making process. The anecdote above begs for a more detailed account of why localising SDGs is important and what simply the breaking down of these goals to locals implies for their achievement. Localising the SDGs is about getting the message understood and put to action beyond the national level. It is about making sure locals or ordinary citizens, businesses and community based organisations have a clear understanding of what these global development goals are for in order to fuse the goals with their own ideas or businesses. It is about them seeing that they have a stake in them and are hence motivated to insist that their leaders work with them towards making them a reality.

One of the key reasons to localise SDGs is that regional or local governments as well as other local actors (private sector, informal groups and community based organisations) are best placed to inspire and monitor ownership and commitment to realise these goals. Understanding that SDGs are not externally driven but part of improving livelihoods, can create an incentive for the locals to participate in their uptake. A localised approach of SDGs follows a multilevel and multi-stakeholder approach in enabling transformative agendas at the local level and a strong national commitment that provides adequate legal frameworks and institutional financial capacity to local and regional. The lower tier of government in many developing countries enjoys closeness to ordinary citizens and therefore serves as an essential partner and agent for change on the ground. The realities on the ground whether man-made or environmental cannot escape the observation of local leaders, and they are far better placed to understand which groups are marginalised, and how to involve them in bringing about change. The access of local actors is particularly essential in reaching out to invisible and ignored  groups who have for a long time been the subject in international development. Furthermore, national governments in most cases rely on local authorities for an assessment of the local requirements as well as capabilities.

Localising SDGs can also be a vehicle to building legitimacy of the national and local governments. Local governments play a fundamental role in ensuring that there is accountability, equity, transparency and rule of law when it comes to service delivery to citizens. When services are delivered to locals and they are content, citizens gain confidence and trust in government activities in their lives. Moreover, being on the frontline and affiliated to central government, local governments possess legitimacy; the SDGs demand national commitment to provide the necessary legal framework and financial as well as institutional capacity to local and regional governments. This ‘call-to-action’ to central governments pushes the implementation beyond the adoption of goals only in the national agendas but decentralising it to the local level, which was not done nor mentioned in the MDGs.

Duncan Green and his colleagues have underscored the importance of examining whether MDGs strengthened or weakened the social contract between citizens and the state, i.e. the impact of MDGs at the national level and what kind of decisions were made from the national to the local levels. The MDGs and SDGs stemmed from principles of the Millennium Declaration aimed at according various rights to people globally. Engaging locals and their leaders to understand and implement SDGs presents an opportunity to strengthen the social contract between the state and its citizens. By raising awareness of the goals, and creating the climate for people to follow through with the adoption of SDGs which can then feed into their own personal development, local involvement is likely to be guaranteed and government would have also in a sense fulfilled their role.

Accepting and acting on the fact that local communities understand their situation and can best articulate what is needed to make their lives better, is yet to take firm root in international development. Beyond 2015, an aggregate of ongoing Post-2015 debates equally shows that evidence for the goals to ensure involvement of locals abounds. Initiatives such as the Ground Level Panels which were held in Uganda, Brazil, Egypt and India, revealed the importance the groups surveyed put on inclusion, rights and identity and less attention on gender or water or energy or aid which were more emphasised by the High Level Panel.Localising SDGs in this case means recognising the potential of, or ongoing projects led by groups commonly perceived as vulnerable or marginalised. It calls for a shift from solely focusing on the vulnerabilities of these communities and moving on to harmonising their ideas with the targets of the SDGs.  As sharply articulated by GCAP Co-Chair Marta Benavides  ‘it is not for these people to accompany development but for development to accompany these people’.

In translating the SDGs into practice, local governments will inevitably face challenges. One of these challenges with particular relevance to implementation to be conducted by local governments touches on choosing the relevant targets and setting them at the local level. The targets that could be taken up will ultimately depend on country policies, priorities and decentralisation and how they can also be aligned with national and local development plans. This alignment requires governments to set aside funding – an issue which remains thorny in many developing countries, some of which express that SDGs similar to MDGs did not take into account voices of those in developing countries.  The question of financing SDGs is also problematic because the goal setting has been primarily externally led, and there is a high probability of SDGs being perceived as another excuse to channel aid into developing countries, which reinforces traditional narrative of development with ‘beneficiaries’ and ‘donors‘. In a recent consultative meeting on Post-2015, some government officials complained that during the MDGs, donors did not provide funds to support ‘their’ MDG. Therefore in some circles, the feeling that SDGs are still donor driven remains strong and is hindering the ownership of these goals contrary to what localisation is advocating for. Recent debates on how to pay for the SDGs by the big financiers also unveiled the interests by different international organisations to channel money to specific sectors and not to others. These interests contravene the core goals of the SDGs meaning that for the local needs to be given priority, the narrative of development also needs to change to one that puts people first.

The means of implementing SDGs is a chance for member countries particularly in developing countries to mould the goals into country-specific development agendas and find ways of financing them. That way, local ownership will also be assured and the development narrative that speaks of partners is likely to develop in the long run. Several domestic options to finance SDGs have been tabled ranging from foreign direct investment, impact investment, tax collection from natural resources (put forth by the African Union) and close collaboration with the private sector. These domestic resource mobilisation options are also more likely to better take into account the needs of local actors and propose what kind of collaboration will be necessary with international actors. By focusing on local alternatives to finance the goals, Lydia and other health professionals in Kenya will understand the relevance of SDGs in their work.