Environmental Disconnect Between Global and Local Actors: The Case of REDD+ and Embobut Forest 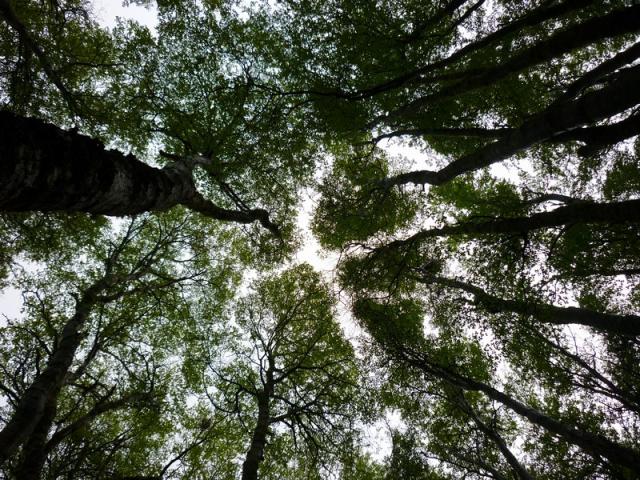 The global environmental initiative for Reducing Emissions from Deforestation and Degradation (REDD+) is unrealistic in its ambitions and image: various actors, including local populations, are divided on how this mechanism impacts their livelihoods and its utility towards global climate challenges. A case in point is the situation in Kenya. In that country, there are two clearly opposite perspectives with respect to the REDD+ project at Embobut Forest, and there is major disagreement with respect to dangers and opportunities. In order for REDD+ and similar initiatives to be truly effective, global institutions, governments and local populations must attain an agreement on the way in which they are implemented. Without active local support and stakeholdership, such mechanisms are doomed to fail.

REDD+ is a mitigation mechanism still being designed, and one that forms part of international climate change dialogue. Its principal aim is to reduce climate change by protecting global forests- the main planet’s CO2 stores and sinks- from deforestation and degradation. With 25% of total CO2 absorption occurring through forests, and around 15% of carbon dioxide emissions coming from changes in land use, there is widespread consensus that that global rainforests should be protected as a path towards climate change reduction. By maintaining absorption rates and reducing an important source of CO2, global emissions will increase more slowly, which will significantly contribute to anti-climate change efforts. As a form of encouragement, countries with rainforests that reduce their emission levels (coming from these forests) relative to a calculated reference, will receive financial compensation. As countries having rainforests within their borders tend to be impoverished countries, this mechanism is also seen as an opportunity towards poverty alleviation. With these goals in mind, the driving forces for REDD+ mechanisms are the introduction of governance reforms and institutional support, a monitoring system and the design of safeguard frameworks for possibly damaged injured sectors.

Many REDD+ initiatives all over the world face strong disagreements. One such case is Kenya’s Embobut Forest. The project was designed by the Kenyan government and World Bank, and has led to a series of displacements of Sengwer People, the indigenous people occupying the area and who have traditional land rights. These displacements are seen as illegitimate evictions by this indigenous group and their supporters, and as a necessary and well-justified step in the path for conservation and global climate initiatives by the Kenyan government. Another prominent line of confrontation is the usefulness of REDD+ as an actual way to protect forests and fight climate change. Kenya’s government has been accused of using indigenous forest lands for agricultural and profit-making purposes, which would of course be in contradiction with the REDD+ purpose and official public stance.

The principal reason behind deforestation in Kenya is forest conversion into agriculture. Forest degradation also occurs through unsustainable utilization, illegal logging, uncontrolled grazing and charcoal production. Thus, Kenya’s government identified the REDD+ project as a useful mechanism to protect Embobut Forest. This programme includes the identification of grazing systems and the implementation of a methodology for monitoring community engagement in forest management. Within this last strategy, a series of workshops were organized for local communities to educate them on carbon financing from a government perspective. In addition to improving forest protection, these actions are presented as a way to transmit management responsibilities to local communities, which would empower them and improve their livelihoods by “increasing the benefits of forests”. REDD+ mechanisms would therefore strengthen the fight against climate change through better governance of forestry lands.

The Kenyan government and other promoters of REDD+ mechanisms signal poverty and population growth as two of the main threats to national forests. With population growth and lack of access to biomass energy substitutes, there exists major friction in rural zones. Poverty makes people more dependent on natural resources, as they turn to them in order to cover their basic needs and extract economic income. This leads to more pressure on Kenyan forests. In addition, Embobut’s forest population has increased as a result of landslides and people fleeing cities after Kenya’s 2007-2008 electoral disturbances. These Internally Displaced Persons (IDPs), just like the Sengwer, are seen as squatters, and a series of evictions were carried out to safeguard urban water supplies and to protect the forest.

In opposition to REDD+ projects, indigenous people and various national and international NGOs claim that this project is serving to illegally eject traditional occupants from their lands in the name of a fake climate change fight and with the real aim of financial profit. A major complaint is the government’s support in the eviction of the Sengwer, signaling cases of individuals being targeted and persecuted, as well as the burning down of their houses. From March 2013 until January 2014, Eldoret High Court emitted various rulings forbidding and condemning these actions. On the other hand, REDD+ opponents claim that Embobut project will actually promote deforestation. They accuse the Kenya Forest Service of having transformed indigenous forest into profit-making plantations and agriculture lands in the past, something which they fear will be repeated in Sengwer lands under the guise of REDD+ projects. They argue that the way in which REDD+ is being implemented does not only fail to contribute to the fight against climate change, it also leads to social injustices.

Why indigenous people and some NGOs and ecologist groups in Kenya position themselves against REDD+ mechanism might be a mystery to its supporters, as they are meant to be the first beneficiaries or partisan of climate change and poverty fighting efforts. Clearer and more focused dialogue is needed to clarify different concerns and perspectives and find common ground. Agreeing that mechanisms have to be implemented to fight both poverty and climate change, stakeholders must first determine if such dynamics are really properly designed towards achieving the desired results.

One confrontation line- and thus need for dialogue- is the management of forestry resources and the potential displacement of people. While indigenous groups allege being unlawfully evicted, and governments and intergovernmental institutions arguing that this is necessary to attain better governance, poverty threatens affected areas. Nonetheless, government institutions also claim that REDD+ mechanisms will lead to communal management and livelihood improvements. It is crucial to clarify how the eviction of indigenous populations will serve to empower local communities and strengthen their position in forests management. And although energy generation and consumption is rather inefficient among the poorer sectors of affected populations, the lack of industrial behaviour and the small scale of such activities are insignificant to other sources of CO2 emissions, certainly when compared in absolute terms. Moreover, in order for the solutions to environmental problems to be supported by crucially important local actors, they should avoid social upheaval and disproportionate sacrifice. Truly effective measures require traditional occupants to remain actively involved and not be forced to leave their lands.

The utility of Embobut REDD+ project to environmental objectives also require further analysis. The problems witnessed in Kenya have also been signaled in other parts of the globe in which REDD+ projects are being developed. Kenya’s government and international agencies empathetically deny this accusation of generalized problems, but at the very least a clearer framework must be designed and monitoring mechanisms must be implemented in order to avoid unnecessary destruction in Embobut Forest and elsewhere.

The search for understanding

What is clear is that there is no unanimous support for REDD+. While large institutions and a vast majority of governments present it as a promising way to fight climate change and poverty in Kenya, wide sectors of civil society stand up against it and claim that it will have disastrous consequences in people’s lives and their environment. Evictions of indigenous groups undermine the fight against climate change, and better solutions must be found to IDI’s situation. Clearer forest management plans are required to guarantee consistency both with REDD+ overall objectives as well as with those of local stakeholders.

Climate change and poverty alleviation are two of the most important challenges facing the global community, and it is a point of serious concern why positions between people directly affected by these challenges and the mechanisms designed to face them seem so far apart. For REDD+ to work, governments and international institutions have to translate global ambitions into effective local application, and this requires much greater dialogue with local populations. Without this, indigenous peoples and other local communities will stand at the edge of these dynamics, eventually suffering the negative consequences as well as undermining the objectives of the project. It is still to be seen whether REDD+ can eventually become a useful mechanism towards climate change mitigation and poverty alleviation, as Kenya’s government and international institutions claim. Only the future will tell. Then again, when dealing with climate change, the future is not an option.

Ivanka Puigdueta Bartolomé is a core team member at ReSeT. She specialises in environmental issues and global governance.