Economics and the Environment: A Brief Review of Arctic Change 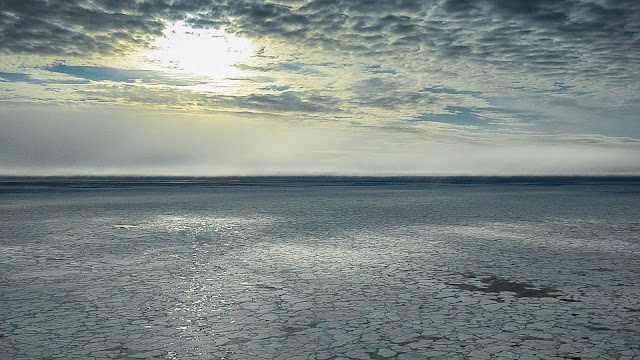 This morning, two news stories filled me with a fleeting sense of hope. Firstly, a remote Arctic Island, known as ‘Rat Island’ due to a mass infestation of Norwegian rats, is finally rodent free. Conservationists have been working tirelessly to exterminate the invasive population for the benefit of the indigenous inhabitants of nesting birds including puffins. Secondly, after their sojourn from storming Arctic oil-rigs, Greenpeace activists and accompanying journalists have had piracy charges downgraded to hooliganism by Russian authorities. What are the wider prospects though for the Arctic heritage to remain unchanged?

In popular European imagination the Arctic looms large as a pristine inaccessible wilderness, a cold inhospitable land of polar bears, fit only for our most intrepid explorers and scientists. From this starting point European sensitivities rail against the huge potential of the Arctic as a source of primary commodities to fuel economic growth. Europe’s is a tendency toward Arctic conservationism and a fanciful hope, like that of China’s too, that the Arctic should be considered, in a non-legal sense, a global Common. This imagery will be increasingly that – a figment of the imagination. We are witnessing an astonishing pace of ecological, economic and political transformation of the Arctic driven by climate change. The Arctic we know and love is moving to the mythological annals of history.

Change is coming apace. Already the annual average temperature for the Arctic region is about 1 ºC warmer than the recorded average between 1961 to 1990 and as much as 5 ºC above the seasonal norm for October-November. As the arctic warms, the scientists’ Arctic sea-ice dial is being constantly ratcheted down from rock-hard towards almost-slushy. In three decades Arctic sea ice covers now only half of its previous expanse. Estimates of an ice-free summer ocean by 2030 are now looking a little conservative with the latest data suggesting a decade earlier is plausible, in part explained by polar amplification and spurred along by black carbon deposits.

Polar bears and walruses are particularly dependent on thick sea ice. The polar bear is now listed as an endangered species and walruses as candidate species for listing. Decline in the population of several sub-species of seal follow hot on their heels. Moreover, subarctic flora and fauna, both terrestrial and marine, are migrating northward to compete with indigenous species that cannot rely on evolutionary responses to keep pace with the rate of change. Habitats are changing: coastlines are eroding and as the permafrost reduces, frozen tundra is reverting to swampland last seen some 50 million years ago. Arctic cyclones are growing in size and strength with local impact, but also being held responsible for catastrophic weather events across the hemisphere: flooding in China, heat waves and fires in Russia, severe winters in the US and Europe and summer monsoons and droughts in India.

Change does not end there. The changing climate opens the areas to economic exploitation on a grand scale – a new centre of trade and industry with a form not unlike that of the Mediterranean. It is not entirely fanciful to suggest that the opening up of the Arctic frontier will deliver the sorts of radical shifts in global trade and geo-political strategy that come only once in a life-time. Paralleling the Age of Discovery or the US’s taming of the west as an engine of its meteoric rise to global super power status. In economic and political terms there is a lot to play for, but as with great games there is also real risk, among them irreparable environmental damage, militarisation, and dislocation of indigenous people and their livelihoods.

Alaska and western Siberia already account for around 10% of global oil and gas production, the region’s production share is set to rocket. The US Geological Survey estimates that the Arctic holds 22% of the worlds undiscovered oil and gas, not to mention rich deposits of rare minerals and isotopes. Retreating ice; new exploration and extraction technologies; and transport access by sea make discovery and extraction real and increasing possibilities. It does not end here, the potential for hydro- and geothermal power, construction and fishing (as stocks head for warmer arctic waters) all add to a very long list of economic opportunities that spin out and will spur on the changing face of the Arctic. Just imagine the tourism opportunities: paired sailings of cruise ships witnessing the dramatic sight of vast walls of melting ice crashing into the ocean and strings of wilderness junkies trudging over pristine Icelandic glaciers in designer snow boots.

The question of sea access – the opening of the fifth ocean – of itself is of massive economic and naval significance. Reducing sea-ice coupled with supporting maritime technology and logistical support will lead to the opening up of new sea routes crossing the Arctic. The passage becoming accessible most rapidly is the Northern Sea Route (Russia’s preferred name for the North-East Passage) skirting the Russian coast. The North-West Passage, following the Canadian archipelago, lags behind, but remains a realistic possibility. In 2012, 46 vessels managed to cross the Northern Sea Route (NSR), and most recently, the Yong Seng, a Chinese commercial vessel followed the NSR, arriving in Rotterdam amid much media fanfare. The excitement was generated by the news that the voyage had trimmed 14 days off the usual time required for the route south via Suez. Estimates place financial savings per commercial vessel per voyage are in the region of $600,000.

In the long term, the reorientation of shipping from China via the NSR to supply the major markets of Europe bodes well for both economies in broad terms, with the prospects of cheaper products arriving more quickly. However there are winners and losers. Hong Kong marks the equidistance point between the southern and northern routes. As such the future of seaports North and South of this point look very different. Singapore, for example, may lose out to new ports developing along the Chinese coastline and in Japan. Likewise northern European ports such as Rotterdam and Felixstowe may benefit.

Politics and questions of infrastructure supporting shipping are also critical. Russian cooperation, ice-breakers to rescue beached ships, maritime policing, supply and repair stops are all part of the viability jigsaw. Also, there remain challenges to Canada and Russia’s sovereignty over the two sea routes. Much to their annoyance, the US and EU in particular continue to argue that the routes should be considered as international Strait. China too, in its references to global commons and the occasional broadside from an ex-sea admiral, may well hold this view, but prefers to supress it given a more fundamental respect for sovereign rights.

The assimilated view of seasoned political commentators seems to be shifting in regards to the Arctic. Whereas the trend a couple of years back was to stress the dystopian prospects of the Arctic thaw – a terrain poised to escalate geopolitical conflict – the pendulum, with some reasoned argument, swings now in favour of backing the prospect of a new Arctic consensus. This revised view is derived from a growing tendency for Arctic states to find agreement on some of their long-standing, sometimes pernicious, territorial disputes. Realising there is good sense in rising above the narrowest state-interests, there may be a move to avoiding escalating conflict and to work collectively to exploit the rich opportunities offered in the Arctic.

These difficulties and differences aside, surely this is good news for Europe, but the question is what is Europe’s response in making hay while the sun shines and how does this articulate with European environmental and conservation aims? The question of European policy, flavoured by our well-heeled and well-intentioned Arctic imaginary is important. It has coloured the EU policy approach without winning many friends. For those states or transnational bodies sitting outside of the Arctic inner circle lessons are being learnt, more rapidly in the case of China than Europe, about not rocking the boat if you want to get in on the action. To date Europe has been perceived as an angry child rather than a critical friend, with the dual impact of removing us from the economic and environmental spheres of influence. Europe needs more sophistication in defining its Arctic interests and related policy, if it wants to move from the imaginary to the pragmatic.

Returning to Rat Island puffins, the question arises as what is their long-term hardiness in the face of new waves of change arriving on their shores? As for Greenpeace, notwithstanding the vagaries of the Russian judicial process, jurisprudence suggests that piracy charges are subject to international law – the UN Convention on the Law of the Seas – and that there seemed little hope of a successful prosecution on these terms. Russia no doubt realised this, although appearing to have backed down, they have in truth managed to send a clear warning to transgressors as to the primacy of Russian economic interests in the Arctic region. Perhaps then we need to set sail on a new course for the European eco-warrior, hell bent on achieving the best and most pragmatic environmental outcomes for the Artic, by turning attention on EU reform. We need to look at our own institutions rather fighting Russian or Chinese ghosts. Batten down the hatches Greenpeace, were setting sail for Brussels!

The Arctic Indigenous Peoples – the politics of climate change

Rory Robertshaw is a core team member at ReSeT. He specialises in education, international development and project management.